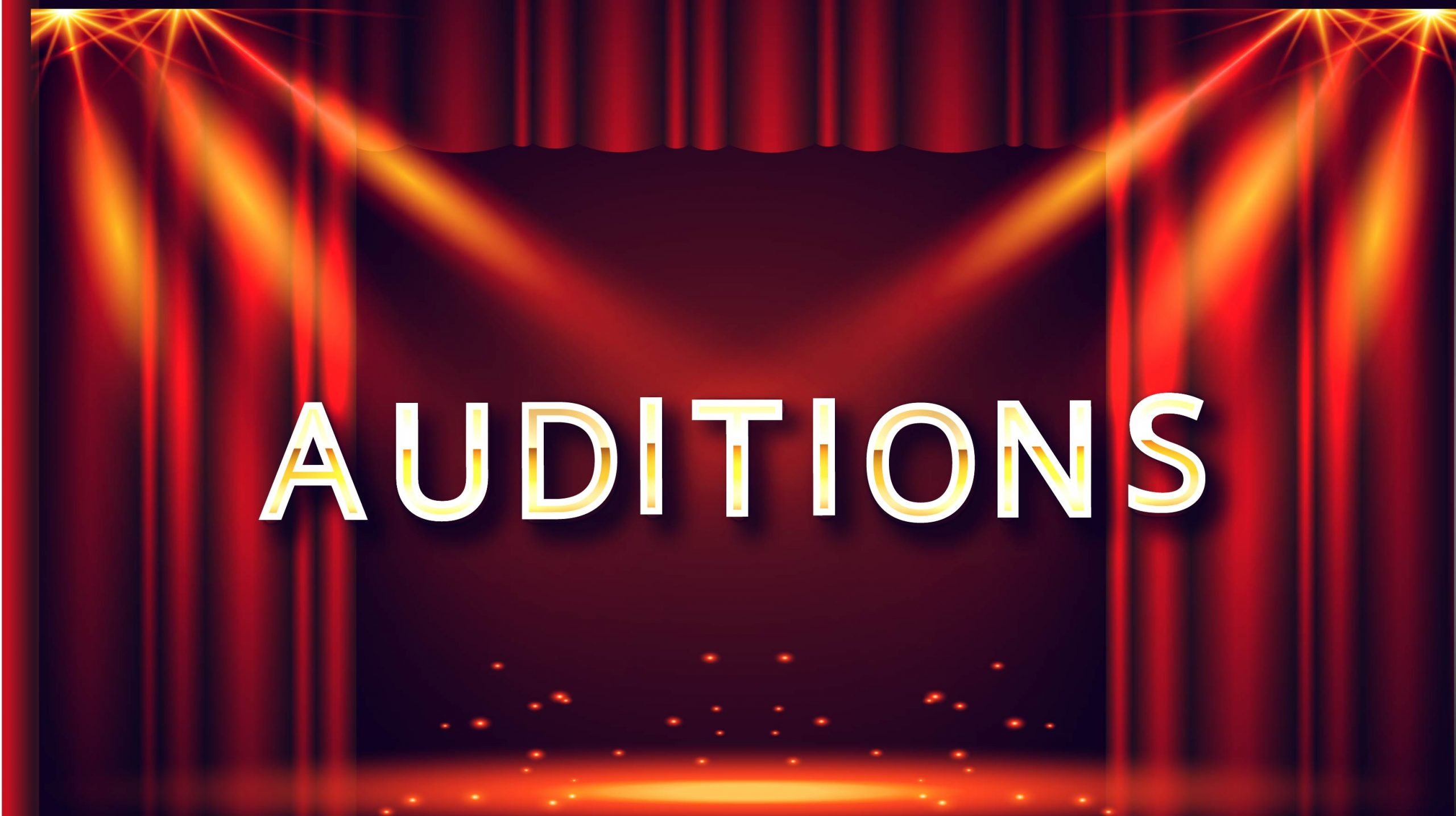 A while ago I was sitting at the audition table for a new musical production. With five persons we were judging the actor in front of us: some people from the original creative team, some from our production department. All five saw the same audition, all five gave different feedback. One watched if the actor fit the role, another was looking at his fame and how to utilize it for marketing use.

Auditions are hard. Every actor or actress can tell you that. And they are also incredibly complex, as the best singer is not necessary the best person for a role. In this blog, I will tell you about the factors that will influence whether you will be in the cast or not and how you can improve on some of them. And I do have to say: although some seem so logical, I only need to sit through one audition day to see all of these mistakes pass by. So do read them carefully.

This blog is written for musical theater, but the same accounts for any auditions in TV, theater and film.

Let’s start with the most obvious one: your skills. I want to emphasize the importance of having a good education here. Most auditions are open calls and everybody who thinks they fit the description can sign up. My colleague and I were going through all the admissions to see who to invite to the auditions. The first thing we looked at? Education.

Of course, there are stories of raw talent who got the lead role. But that’s very rare. Especially in musical theatre, education is very important as you will have to perform 8 times a week. You need to know how to handle your voice, so you can still hit the high note on the 8th show. You also need to be able to dance and sing without gasping and wheezing. Being in a musical is a job with a skill set and an education, it’s not just a hobby that everybody can do.

So if you want to be allowed to audition, make sure you have that skill set right. If you don’t go to college with a major in musical theatre, make sure you get it somewhere else with a professional. Joining your district’s amateur club won’t do it. Take private singing lessons from a professional, join a professional discourse, follow a workshop. Make sure that you seem worthy of the jury’s time

Alright, the amount of skills is up to you, but the role itself is something you really have no influence on. And this is the factor that most people find the most difficult to understand.

If you audition for a role, say Simba in the musical The Lion King, you think you know what the creative team is looking for. The audition call asks for a young man, preferably of dark skin, between the ages of 18 – 35 years. That’s you! But sadly, you do not make it to the next round. How is that possible?

I’ve seen many actors get discarded, even though they looked the part and sang very well. But a creative team is also looking for something else. They may look for some kind of radiation, a certain type of attitude, or a vibe. In the final rounds, they may also eliminate you because you won’t fit with the Nala they chose. What if Nala is a head taller than you as Simba? That won’t do.

A good example is Tom Ellis in the TV series Lucifer. In an interview, he mentions that he thought about the Devil as being posh and traditional, thus he gave him an English accent when he auditioned. The creators really liked this performance and choose him for the job. But it was a lucky shot, because what if the creators hated it? They would have chosen another actor.

So what can you take away from this? Study the role, make it your own. Think about how you would portray this character. But know that if you don’t get through to the next round, it might have nothing you do with your performance. As the director next to me said it often: ‘Not our world’.

3. Our previous experience with you

This seems like an open door, but I want to stress this point anyway. Know that everything you do will be remembered. We can remember your previous audition for our company, we know which roles you played for the company, and how you were backstage.

During my sit-in with the auditions, a few people came to audition while they left one of our previous productions with a disagreement. Or they were very difficult to work with. You get the point. We take it into account when you audition. If there is another auditor similar to you, we will pick the other person.

At the same time, our previous experience with you can also help you. If you were a pleasure to work with, we are happy to work with you again. Or if you had a previous audition where you didn’t make it but sang beautifully, we will ask you to audition again. Maybe you didn’t fit for the role then, but now we think you do. So be aware of how you behave and what you do. From the moment you walk through the door. I’ve seen people from the creative team ask the receptionist whether she had any difficult people and make a note about them.

4. Come prepared to your audition

Even though it’s so logical, it’s still something I see go wrong. A LOT. Being prepared does not only mean: be on time and bring your music sheets with you.  It also means that you’ve studied the role and you have a vision for it.

Let’s stay with Simba. How would you want to portray Simba? How does he feel in the scene you have to play? Just knowing the text isn’t good enough and honestly, a lot of the auditors don’t even know the text. Think about Tom Ellis: would he really have gotten the role of Lucifer if he hadn’t thought his role through?

I do want to give a side note here though: don’t go too far! It’s alright to characterize the person, but keep it to the emotions and play. If you audition for Elphaba in Wicked, do not come in a dress costume and green face. You will probably need to do a dance audition and the creative team wants to see your movements. So wear tight pants to show off how well you can execute those movements. They want to see your face when you sing. Overwhelm them with your skill and comprehension of the role.

Audition is about competition. Everybody wants to get cast, but there are only so many places to give. This is a factor that you both do and don’t have an influence on.

If you work hard at upgrading your skills, you can beat your competition in quality. You can sing, dance or act better than they do and you can work on that. However, we know something you probably don’t know as an auditor.

We will compare your auditions, but we also have our network in the musical sector and we know how likely it is that he or she will be cast by another production. If I know that someone is already cast in a role for the next season and my production will happen at the same time, I will take it into consideration.

At the end of the day, I want to have the best cast. And I’m willing to steal from my competitor. But if I’m already in doubt about you, I will let you go sooner. Especially if I know a contract is already signed elsewhere.

This last factor is a thing people sometimes forget. When we cast for a show, we do not only need lead roles, we also need ensemble, swings, cover-roles, etc. If you don’t know how a cast is compiled, this article from Backstage might help you with the more difficult roles.

So whether you get cast, has also to do with your flexibility. And this has once again to do with the roles and the vision of the creative team. Look into any program book you have and see how roles are divided. In TINA, the Tina Turner Musical, the actress who plays Tina’s sister is also an understudy for Tina herself.

There are ensemble members, who are understudies to other roles. We, the casting team, are looking for people who can play those multiple roles. The good thing about these roles is that you don’t need to carry them 8 times a week. So if we think you have potential, but you’re not there quite yet, you might get a swing position or an understudy role. It often also gives you the opportunity to play multiple roles in a musical.

Some roles also ask for specific acts. For example, in Aladdin, some ensemble roles do flips and stunts. If you have those kinds of skills, you have more value to the creative team. So if you sign up for an audition and the production already exists somewhere, make sure to do your research. Look up the program book and search for online videos. Maybe there are some extra requirements that can make you more valuable or that you can easily learn.

Audition is hard, but you should always try your hardest. Prepare, prepare, prepare. And know that if you don’t get through, it may have nothing to do with you or your skills. If possible, try to get feedback on why you didn’t make it. You can always learn something from it. But my most important tip of all: keep going! I’ve seen people improve during auditions, so if you don’t get it this time, you might next time.

What are your experiences with auditions? Have you done them or judged them? Let me know in the comment section! If you want to know more about musical theater and how it works behind the scenes, you can find more blogs here.

Casting: choosing the best skilled or the most popular?