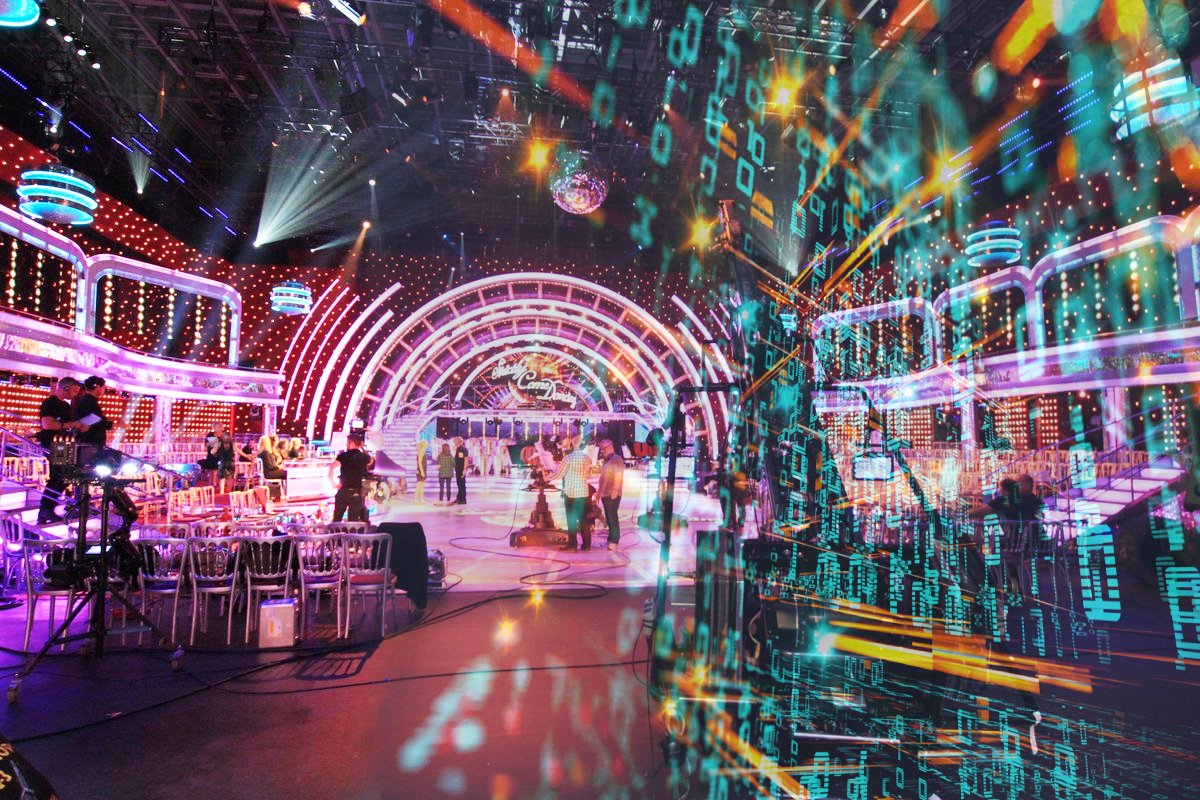 The Voice has been on the TV for years now and still it has millions of viewers every week. Similarly, just the launch of the new season of Strictly Come Dancing had the highest ratings of the night. What’s the appeal?
Both live shows attract an enormous audience: millions tune in every week to see which contestant goes through to the next week. Do you watch it? They vote for their favourites and fill social media with tweets and shared content. But have you ever wondered why these TV shows and their formulas are so successful? How do they fit in the present day of big data?

Before we continue, let me make a quick disclaimer. I know that it’s not just big data that makes these programs successful. There are many other factors, like the concept of the program has to be liked by the audience. But big data has a big influence and that’s what I want to discuss here.

Let’s take the two shows mentioned in the introduction as examples for this blog. The Voice and Strictly Come Dancing. You have probably been living under a rock if you don’t know these shows, even when you don’t have a TV. But let’s pull both shows apart anyway.

In 2010, production company Talpa Media created The Voice (nowadays owned by ITV Studios). Since then it has gone over the entire world and shown in 157 countries. The concept is easy: reuse the old idea of a singing contest like Idols, but add a jury who can’t see the auditions and have to choose based on what they hear. Once the stools have turned, there is little difference to most sing contests as we’ve seen for many years now. Except for one thing. The Voice is the first singing contest where social media has a big role in the program. People are asked to share, to vote and to log in with their Facebook account. They can also join on a second platform.

Strictly Come Dancing is a British dance program, produced by the BBC Studios. The BBC has sold the format to over 57 countries under the title Dancing With The Stars with a lightly adapted concept. Where Strictly is very strict (no pun intended) about the official ballroom dancing rules, Dancing with the Stars allows more freedom. Every country adapts the program to their own traditions: where Great Britain is about ballroom dances, Nepal uses mostly contemporary dances. The audience plays a role by voting who will be in the dance-off the next day and. The presentors on the show also ask actively to share their opinions on social media.

The connection between both shows is that they are big popular live shows where the audience has a vote or a voice in it. They are also both competition programmes with famous names attached to it: the jury in The Voice, the contestants in Strictly.

How do we measure success in the TV industry?

Let’s leave the shows aside for now and see on how success is measured. Being successful means that the company has achieved certain goals. In the TV industry, there are three types of success in the industry, according to Benjamin William Lloyd:

The last point, public discourse, seems to be of little interest to the industry itself. In 2013, the BBC wrote that they intended to add these type of success to evaluate programs, but I have not found out how heavy these aspects weights. In most articles, this type of success is more of an underlying goal. It’s an evaluation of the show and if the audience likes it, it means more views. So a higher audience satisfaction will most likely result in a larger audience. Let’s put it to the test: do you remember a show begin cancelled just because it had bad reviews, regardless of ratings?

Which brings me to commercial success. The audience measurement is essential because it is the base for ad sales negotiation. The larger the audience, the more advertisers are willing to pay. This is key for many broadcasters as this is where they earn back their money for producing or buying a show. At the same time, you can use the audience measurement as a marketing tool: if you know 12 million people saw it, maybe you should too, right?

And so the financial success relies on the commercial success. Lloyd does not measure this type of success as having the most money, but to have the most efficient production versus high advertisement sales. Preferably you want a show that has very low productions costs, but is a big success in public discourse and commercial success so that you can have a good profit from it.

However, if we look at the measurement in success in the news or in interviews, the most discussed type of success is the commercial success: how many people have tuned in to watch a program? And it’s here that big data comes to play.

How does big data influence the measurements of success?

Before big data, TV shows measured their audience by ratings. In the early days, the distributers measured how many people had their TV turned on and watched a certain channel. Nowadays the actual algorithm gets more and more complex with all the diverse possibilities to watch TV. There are more aspects to the algorithm, but I will focus only on big data in this article. But just to give you a brainteaser: only 30% of the audience watched the finale of Games of Thrones live on the telly. So how do you measure the other 70%?

What changes in audience measurement due to big data?

Big data is creating a change in the way the audience get measured. The key to big data, according to J.P. Kelly, are three things: volume, variety and velocity. Volume means having a large amount of data. Variety means that data comes from differences sources and/or gives information about multiple things. Velocity is about the speed. Big data focuses on analysing data as soon as possible: real-time data. And it’s here where we will see the change. Data is being received directly, by the number of people in front of the TV and watching it on a streaming device, and indirectly through social media.

It is important to understand that the way ratings or audience measurements are calculated, also has a big influence on the kind of programs shown on the TV. For example, in the 1970s the TV ratings changed their focus from only quantity to also the quality of the audience. The effect was that TV producers started making programs for a specific audience, to have the highest quality.

So why are live TV shows a success in this big data era?

Due to the way data is processed real-time, live programmes perform better in the measurements than pre-recorded ones. This is not surprising, as live programmes can reply or react directly to the audience’s reaction. This can also surge the public discourse, as satisfaction is often higher when the audience feels part of a show. Now, let’s do the sum:

Then the solution for producers is to invest more in live programmes that cause a high social media response.

The Voice and Strictly fit perfectly in the genre productions that should nowadays be invested in to have a higher chance of success. Both are live programmes with a high rate of audience communication online. Not only are they live, but they also encourage the audience to participate in the program, by allowing a vote and by using a hashtag.

The producers do not only passively ask people to use social media, but they also want the online audience to become active with the program. In The Voice, there is a red room where a presenter shows on a screen what people are writing on social media at that direct moment. So there is an extra incentive for the audience to participate: your Tweet may be shown on the live telly. Strictly has another approach: the program has had a social media star as a contestant in the last three years. These social media stars also filmed their activities for Strictly (like backstage trainings) and shared in on their platform. A huge surge in social media activities was the response.

The Voice and Strictly are successful in the era of big data because they fit perfectly in the new way of measuring the audience. By having the audience engage with the program, you get a higher audience discourse and a bigger audience. So you have two types of success in the pocket with this formula! I did not discuss in this blog whether these shows also give a higher financial success, as we would need to analyse the production costs of the show. However, for now, we can assume that there is a profit to be made as both formats have been sold to dozens of countries.

So what do you think? Do you think we will see more of these type of programmes in the future or is there already a new trend coming? Let me know!

Interested in AI in Showbiz? Read my article on AI and if it can create a musical. Do you want to read more blogs about the TV industry? You can find them here!